10Duke is a software company based in London and Helsinki. Over the past 5 years they have been developing web, mobile and desktop applications for some of the biggest brands and companies across the world. The key to their success has been their technology platform which enables them to develop stable and scalable applications faster than others.

Last month, 10Duke released their technology to the Java developer community with the 10Duke SDK for Social Media, a software development kit specifically for Java developers that features extensive libraries for creating Java applications and include almost 1000 classes of Java code. The 10Duke SDK has been used in more than 40 enterprise production deployment worldwide.

Their SDK helps Java developers to develop applications that can: a) leverage cloud services, such as AWS, b) utilize a variety of application servers (Tomcat, GlassFish, JBoss, etc), c) run on either Linux, MS or a mixed environment and d) use a variety of databases, (MySQL, PostreSQLT, local database, etc) and much more.

To show how their technology can help start-ups who want to get to market quickly, or enterprise organisations that need stability and scalability, here are a few examples: 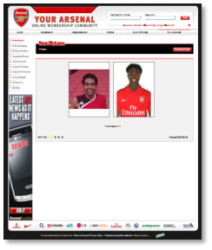 10Duke partnered with Arsenal to bring a social community to the English Premier League club. Arsenal chose the10Duke SDK to create a fun online destination for their premium members which included online video clips, text, forums, photo uploads and much more. Because the application was only available to some members, 10Duke integrated the application with the Arsenal’s TicketMaster database for user validation. The application specification, build, testing, integration and deployment took just 5 weeks using the 10Duke SDK. 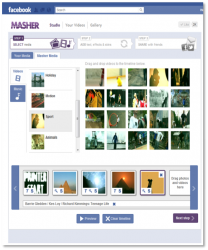 Masher is a spin out of BBC Worldwide. The application allows users to create videos by mixing together video, audio and images and adding effects and stock footage. 10Duke was asked to redevelop Masher in order to improve the stability, scalability and reduce the cost of running the application. 10Duke, using its SDK, rebuilt the app in just 9 weeks, at considerably less cost than the original build. The application has since been added to Facebook and several other social networks and is available in multiple languages. 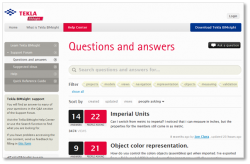 Tekla, a large Finnish software company working in the construction industry needed an online distribution site and help centre for their new building information management software package. 10Duke created the distribution site and integrated with Tekla’s existing CRM system. The help centre featured a forum and video which 10Duke built online and integrated with the BIMsight software product enabling the users to access the help centre instantly. It took 8 weeks to build and integrate with Tekla BIMsight and the CRM system. The application features enterprise class analytics and 10Duke continue to work with Tekla to enhance their products and services. Tekla BIMsight recently won the BATIMAT 2011 Gold award for IT innovation.

Try it! Anhyone can download the 10Duke SDK free for 30 days.