Be careful what the words mean!

Finding the overlaps between Open Data, Public Data, Open Government etc somewhat confusing, I asked Sam Smith organizer of OpenTech, the informal, low cost, one-day conference on slightly different approaches to technology, something else and democracy. His long answer to a short email was very helpful, and it’s below, as it might also be of interest to you too.

Be careful what the words mean!

In the late 80s and early 90s, there were a lot of conferences where telecoms, software and media people came together. They didn’t know what was going to happen but something big was about to happen.

If Twitter had been around then, I suspect someone sitting in all 3 worlds [would] have tweeted something like this. Apologies for the expletive, I guess it missed the spell check.

Now, we find ourselves in a similar place with the “transparency agenda” (government speak) or “open data” (civil society speak), or “interesting data” (probably people like you). As was the case then, one problem is coming from the use of the same words to mean completely different things. Different definitions, and expectations, are leading to a lot of wasted time and effort.

But let’s take a few steps back for a minute –

The UK Government is running 2 (ish) data consultations until the end of the month. The first called Making Open Data Real, and the second around something called the Public Data Corporation.

Both consultations opened on the same date, close on the same date, and have the word “data” in their titles. Given that, you’d think that they will use “data” in the same way, or are run by the same people. Needless to say, they don’t. Well, sort of. For Government types, this is normal; for everyone else, it’s unstated and confusing. The beginnings of the culture clash.

The “Making Open Data Real” is about, well, open data. According to the Cabinet Office, Open Data refers exclusively to data which meets the Open Data Definition. There are a number of questions, but generally a lot of cheering and applause from the activist community. The “Public Data Corporation”, from within BIS, is getting somewhat of a different reaction. It’s about public data, which is sort of like open data, but not the same thing. The response could not be more polarised (if you have an opinion, reply to the two consultations).

Now, to give credit where it’s due, the Glossary of Terms at the start of the consultations are (slightly) different, and they came out from different departments. This is the Government (and the civil servants within) trying to separate two distinct issues. But they are coming from such a dramatically different place to those who have been campaigning in this space for years. From the outside, they both talk about data, both came out of Government, and so those distinctions disappear very quickly.

Having now been in a number of open meetings from a number of angles and communities, everyone is talking about the same consultations, using the same words, throwing their hands up at various aspects, and generally doing much wailing and gnashing of teeth. A short response to that is “please read the glossary” – the same words mean different things to different groups in different contexts at the same time. There is so much time, effort and passion being wasted due to fundamental misunderstandings around the consultations.

In brief, it’s very clear, the Government is not going to put postcoded, compulsory, longitudinal data about school children on the web in a raw form. If you don’t understand what that is, that’s ok, because you don’t need to. There are some possible outputs that can be open data from that dataset, but a very great number that should not be. For example, if you’re looking for data on catchment areas for schools, it would look to be a good source of real data (where the school actually takes people from, rather than where it says it does) and also, contains no information about children; that could be completely open data. Other parts must be tightly restricted (it’s about school children after all), but that doesn’t mean those restrictions need to be financial. Fear of people attacking the data can be assuaded by licensing. However, putting any restrictions at all on a dataset means that it does not meet the Open Data Definition. Such a dataset is therefore not open data in the first model, but is within scope for the PDC – it’s not the “open data corporation” for a reason. Open Data advocates got what they asked for; but it may not be what they wanted.

The “ish” part of the 2 consultations is around privacy; and as detail gets fleshed out on the two consultations, a set of questions and possible answers, using existing best practice for release of data, can be opened. As questions need answering – or discussion – on the issue, that’ll come to the fore.

But the focus here is not on the consultations, but on the reactions to it.

At an event last week, an eminent professor gave a 20 minute critique of these open data consultations, which could be summarised as “please don’t take our data distribution funding away”. At an event this week, the head of a campaigning organisation asked: “How can we use our mass-email lobbying tool?”. Not should, not would: can. It’s 1980s campaigning 30 years on, how do we use the tools we have always used now? Open Data is supposed to be better than that.

In some ways, this is the first major Government machinery reform that would not have been possible without the internet, something that requires almost all of Government to change parts of its processes. It is the (comparatively) “easy” output part to the inputs of “Digital By Default”. It has to be a good thing that they don’t think they have it all figured out, and are actively asking for input and feedback. Previously, more copies of anything implied additional cost. With (open) data and the internet, it doesn’t.

The data context is changing so fast, and there are actors who have been there for a long time, who are now being joined by empowered individuals, able to do things which used to take a large organisation. This is familiar to any campaigner in arenas where upstarts have kicked up. In the UK, Mumsnet has effectively replaced prior identifiable groups in that area. 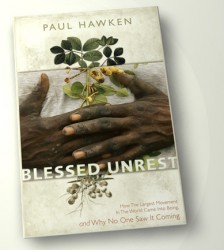 Whether the arguments are right or wrong, there’s a much clearer distinction about the nature of the organisations speaking. It’s not a post-cold-war East vs West discussion, but something much more individual: whether a dramatic shift in environment  is looked up with hope or despair, and whether, in the face of challenges you want to include or exclude people.