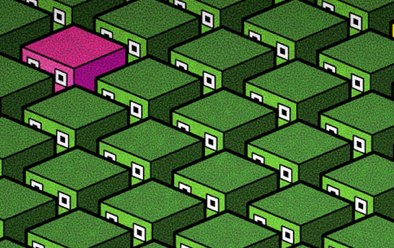 Codebits:
Once again I have been to Codebits and cannot stop being amazed by this very special conference. Organized by SAPO and inspired by Hackday

which took place in London in 2007, Codebits has grown year after year – The number of attendees has grown by 100 every year, in 2010 we had 700 people. How much bigger can it get?

The event lasts 3 days and includes talks, a programming contest, quizzes and lots of fun as well as a balloon launch. The technical presentations are given either by invited speakers or by the attendees. For the first time the programming contest lasted 48 hours. The attendees group themselves into small units (with a minimum of 2 persons). After 48 hrs, each group has 90 seconds to present their project.

Not everybody can attend Codebits. Those who wish to attend need to apply by giving some information – who they are, what they do, why want to attend. This is followed by a screening process to ensure that the audience is made solely of “techies”. The event is completely free for the attendees – no entry fees, free food, free entertainment and sleeping facilities if so wished.

– MEO Jogos, a platform that allows Portugal Telecom fiber clients to play games from the comfort of their homes without the need of a powerful machine; around 20 awesome games – with new titles added often – running on PT’s servers as if they were local, and available at less than 10 € / month; much cheaper than buying a console and the games, but only possible thanks to PT’s optic fiber network.

– SAPO a5, SAPO’s first smartphone – an Android 2.1 with 512MB RAM, a 600MHz ARM processor, 800×480 multi-touch screen and a 5Mpixels camera for less than 150 €; but that’s not all: the address book has strong integration with several social networks and the terminal comes bundled with several apps developed at SAPO for the Portuguese audience – weather, movies, sports, news, etc.

Following Codebits, they announced another big project: Music Box, a platform that allows subscribers to play music on their computers, smartphones and even TVs, and while the service has a small fee, most current Portugal Telecom clients get it for free.

A few other minor projects were unveiled or revamped during Codebits – Photos website, for instance, got a major revamp; an Alerts platform and a few things related to authentication with SAPO’s services were launched.

History:
SAPO was created 15 years ago by university students from Aveiro University including Celso Martinho who is CTO. SAPO stands for Servidor de Apontadores Portugueses Online. SAPO means frog or toad depending on which definition you read.

Shortly after that they were bought and eventually ended up being part of Portugal Telecom, where every year they’ve been strengthening their position getting more and more involved with all the other companies in the group.

During the last world cup, for instance, they were instrumental in quickly allowing Portugal Telecom’s clients to watch the world cup games on TV without the Vuvuzelas’ noise. Public service, they called it!

They currently have a team of over 150 techies working on pretty much everything, from photos to videos, maps to health solutions, etc. – the works!

One other interesting fact:
SAPO has also been founding and funding several laboratories in Portuguese universities. The faculty provides a room and someone to lead the project; SAPO provides free equipment and gives students scholarships and mentoring to develop new projects and ideas. In the end, some of these students get the chance to work at SAPO.