Devoxx is coming to London

A little bit of history 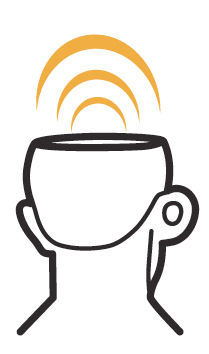 Created in 2001 under the name of JavaPolis, Devoxx has always sold out weeks before the event. In November 2012, 3400 delegates gathered in Antwerp for the biggest vendor-independent Java Conference in the world.  Devoxx takes place in the MetroPolis in Antwerp, Belgium. As a result, the conference benefits from the cinemas technical facilities (huge screens and THX audio setup). This annual conference is organized by Stephan Janssen and the Belgian Java User Group (BeJUG).

In 2012 the Paris Java User Group brought Devoxx to Paris.  As a first edition, the number of delegates expected was between 600 and 900 – eventually 1200 came and numbers had to be turned down as the venue could not cater for more!

Two conferences in one year was not enough, so in 2012 we saw Devoxx 4 Kids organized in Ghent and Brussels attracting teenagers between 10 and 14 years. The teenagers played with Scratch, programmed Lego Mindstorms and discovered the wonderful world of Mars Rovers and the NAO robot.

Devoxx is coming to London

The good news is that 2013 will be even busier with the arrival of Devoxx UK. Yes, Devoxx is coming to London on March 26th and 27th at the Business Design Centre in Islington. Devoxx UK will be spearheaded by Martijn Verburg, Dan Hardiker, James McGivern, Ben Evans and Stephan Janssen in close collaboration with the London Java Community.

I have just read in the latest newsletter that the following invited speakers have already been confirmed:

As the call for papers will close on January 31st, I am sure some more big names will be added to the schedule.

Can Devoxx London create the same buzz? It is up to you to make sure this happens.

Devoxx UK has offered us a free ticket.  What can I do with one ticket – a prize draw perhaps! How to enter – it is very simple: On Twitter re-tweet my message @josetteg.  On Facebook add me, share my post with all your friends and comment telling us why you should win the free pass. The winner will be announced on February 15th – to give you enough time to warn the boss that you need two days off.

The draw is for a free pass to the conference, the prize does not include travel, catering or accommodation expenses.