At the end of June 2006 I was very excited about my upcoming trip: my first trip to Spain (and my first swim in the Mediterranean). I was going to the Guadec Conference in Vilanova i la Geltrú! I thought I would be able to speak a little with the local people as I had recently started some Spanish evening classes.

The conference was well-attended and well-organised, and of course there were a few long nights dedicated to networking (which is really a synonym for “enjoying the speciality of the area with friends” or, should I say, “boozing on the local beer”). 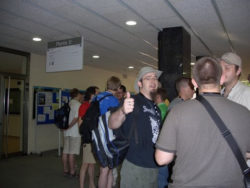 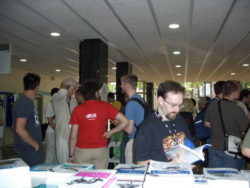 The traditional conference dinner/evening was organised as a BBQ and disco on the beach – great idea! I then realised how much I’d missed hot days and nights. 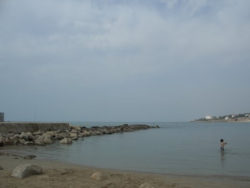 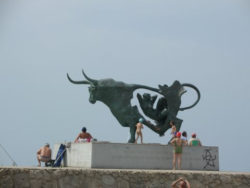 On the last day I had time to eat my last Spanish sandwich while sitting on a bench on one of the nice, busy streets of Vilanova  before I took the train to the airport. The sandwich was not particularly hard but I still managed to break a tooth (more on this on my next post). 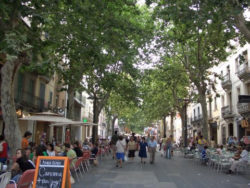 Then an old man came and sat next to me. Great! At long last I would be able to try my Spanish. Until now English was de rigueur. He started to talk but I could not understand a word – so much for those Spanish lessons, I thought.  It took me a while to remember that Vilanova is in Catalonia. They speak in Catalan, which is rather different from Spanish. After a few verbal attempts we started communicating with gestures. I tried to tell him that I was flying out to Sofia, pretending to be a flying plane like kids do. I will never know if he understood me or if he still thinks of the time he met a completely mad woman. For me it was a charming encounter that made me believe that people can understand each other without words, without fear – something that we should all believe in given the tense atmosphere of 2016.