Life as an Artist && Geek

There is no typo in the title of this post. It intentionally reads ‘&&’. && is a boolean operator used in many programming and scripting languages. Why would an artist care about a boolean operator? That’s correct: because this particular artist is also a geek. “What’s a geek?”, other artists might ask. A geek is someone interested in tech (programming, devices, electronics), but also interested in social interaction.

The artist part in the title refers to the fact that I paint and sculpt, and the geek part is about my interest in php and ZendFramework and a few other things one can program with and for the web (like 3D scenes). To make things worse, I also like to write. Why worse? You guessed right again: it leaves me craving for time.

Can I really be an artist and a geek (and a writer) at the same time? Or will any or both suffer from the fact that a day has only a bare twenty-four hours? That’s where the boolean operator comes into play. It’s up to you: if you think I’m really an artist and I’m also really a geek, then both operands (Artist and Geek) evaluate to true (as geeks tend to say) and the entire expression will also evaluate to true, the entire expression meaning ‘Artist && Geek’.

Leaving it up to others if I’m either of the two saves me a lot of headaches and hopefully some time. So although I definitely think of myself as Artist && Geek, I shall not be bothered whether this title is true or false.

With that out of the way, I should come to answering Josette’s question that led to this post: what’s it like to be both?

Being an Artist and a Geek

The fact that I seem to be always fighting for time is not the most interesting part. A lot of people do and some even go on training courses to learn how to manage their time. I don’t. Why not? Because losing some time every now and then is part of being an artist. In general, it is part of being creative. What happens when you lose time? You lose time either because you are not paying attention to it, or because someone else is wasting it for you. Wasting? Not paying attention? Let me look into those two a bit further.

Not paying attention reminds me of my teacher in second grade. She shouted at me when I sat in her classroom daydreaming. Is daydreaming a waste of time? Daydreaming is what creative people do to get ideas. Nowadays, I do not get enough time to daydream, because I have a day job as a self-employed geek and also because I’m addicted to typing code and watch it come to life, so I tend to code and write about coding during as many evenings as I can steal from the remainders of my social life. Whenever I do get a little time to daydream, it tends to be on the drive to work when the sun is rising from the early morning fog: It is dangerous to daydream in the car while driving, so the dream only lasts long enough to capture a picture (a few milliseconds are sufficient) that I can paint later, on one of the rare days that I can spend in my art studio. I see other artists develop really creative and great ideas and I can tell that they spent a lot of time dreaming. I’m not a violent person, but it’s better that my second grade teacher and I do not ever meet again.

Can time really be wasted? If in this busy life, you have to wait for your dentist for half an hour because he needs a little extra time to help a new customer, is your time wasted? What would the Artist do with that time? He would look at the other people waiting. He would imagine what kind of lives they live, maybe even speak to them to find out. He would draw a sketch of the bored and waiting and later turn it into a painting. But what does the Geek do? He is prepared for this kind of situation: he takes out his MacBook Air that he can carry everywhere because it weighs next to nothing. And he starts coding, because he’s an addict, but also because he knows that since there is no pressure, he might get a better idea than when facing a tight deadline at work. One could state that at this point the Geek really gets in the way of the Artist. On the other hand, the Artist will help the Geek to be creative, since coding is considered art or poetry by many. Thinking about it, the Geek should have remembered to bring his iPad as well so that the Artist could draw on it.

The Artist and the Geek helping each other

While the above may seem unfair in that the Geek gets in the way of the Artist and the Artist is helping the Geek at typing code poetry, the Geek is also helping the Artist by supporting him financially. The first thing people want to know about an artist is how he gets by money-wise. In my case, the Geek is allowing the Artist to do anything he likes, that is, as long as time permits (which is, like we saw earlier, not very long). But spending a lot of time on a work of art is not necessarily making it better. The conception and execution of a painting may germinate for months or even years, or a painting can be born from being thrown at the canvas in an outburst of creativity after pressure-cooking in his mind for a considerable amount of time. All of this can be done independently. There is no need to sell any of these artworks, although most of them are for sale and many will eventually find a new owner.

For the above painting I did four different small sketches in different types of paint, only to figure out what should be on it and what would better be left out. It took me four years to decide.

There is something about today’s art that makes me question it a lot if it is done in a traditional way. This includes my own art. The famous artists from the past are admired because they found the most powerful ways available in their era to express themselves, or to express an idea of general interest. They also found new ways of expression. Some great artists were entrepreneurs, some successful, some not so successful. I think you can compare Rubens to Stephen Spielberg. Both orchestrated large scenes, using the most powerful visualization techniques of their time. Both didn’t do this alone.

Many say that a true artist chooses the best materials to express his idea. This can be said of both Rubens and Spielberg. That’s where my first problem lies: I tend to like certain materials, while I do not focus much on ideas. I like traditional paint and wood. So I mostly paint using traditional painting techniques and I sculpt in wood. Wrong approach! Today’s most powerful material is the byte. What? Yes, the byte. The fact you’ve read this far proves the power of bytes. Bytes become even more powerful if you create games with them. Games, especially 3D games, deliver a total experience that take possession of their player. It’s the most powerful and immersive way to express ideas currently known to mankind.

Yet the old techniques have not died completely. When you write a book, the reader immerses himself in it. While this requires effort from the reader, the immersion can be complete. The same is true for paintings, but they shall not be judged from their reproductions (displayed on either a computer screen or in print). A reproduction of a painting does not allow for immersion. It is simply impossible, believe it or not. The immersive qualities of a painting are crafted by the painter by means of continuous deployment. A painter steps back and forth in front of his work to test the immersive qualities. These differ depending on the distance to the work and the way the light falls on the painting. These qualities are completely absent from any type of reproduction.

With people staring into their tablets and smartphones all day, less people have time to go out and see actual paintings, let alone immerse themselves in them. Research has proved that if they go to a museum to look at art at all, they look for 9,000 milliseconds on average (it hurts too much to write this number down expressed in seconds, or even hours, so I’ll leave that as an exercise to the reader). Therefore, I fear for the future of painting in the traditional sense of the word and I am glad that I also have some power over bytes: the most powerful raw material of the modern age.

I think guaranteed ways to waste time exist. It is a waste of time to do repetitive work. You’ve done it before, it is not a new experience. It is detrimental to your creativity and brainpower. Repetitive work should be automated, either by machines or by coding.

Although bytes have a lot of power, nothing compares to recreating an atmosphere as he has experienced it in a landscape, in the opinion of the Artist, with his own hands and traditional paint. This requires vision, experience, speed, creativity and courage. His own judgement is the harshest he can get. Nothing compares to holding an idea in his hands and turning it around, knowing that he has shaped this out of wood that didn’t really want to be shaped: wood that resisted like mad, but had to give in to his insistent chiseling. 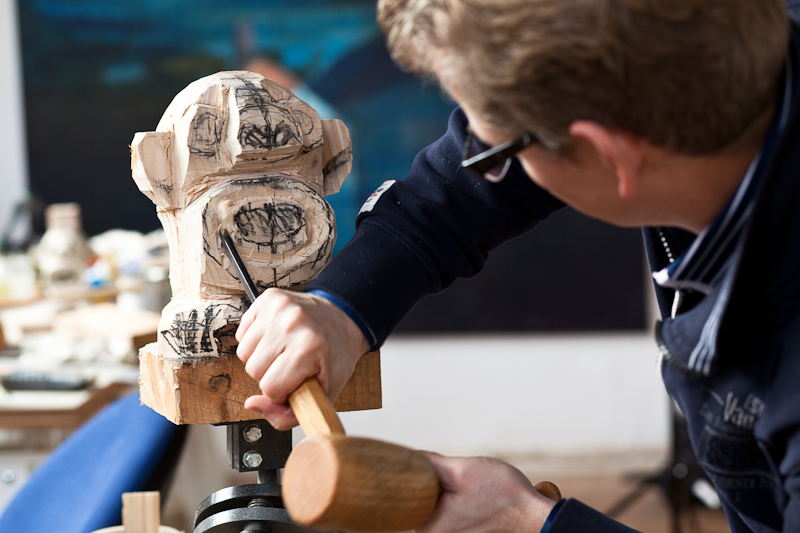 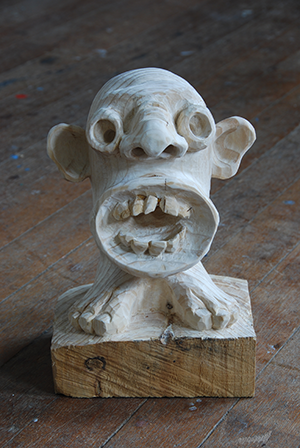 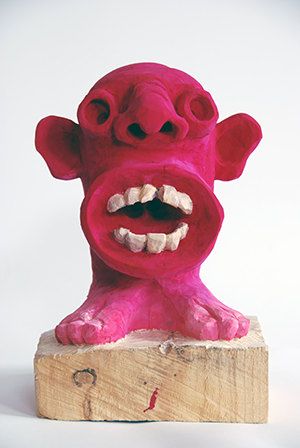