On November 12th this year’s London Perl Workshop took place. 250 Perl hackers gathered at the University of Westminster to spend the day catching up on the most recent trends in Perl programming. Over the day there were three tracks of talks and two tracks of training courses. And it was all completely free of charge. It’s the UK’s biggest and most popular Perl event. 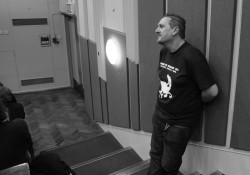 After Mark Keating’s welcome we split across the various streams. I was presenting a training course on Modern Core Perl first thing in the morning so I missed some good talks in other rooms. In particular I was sorry not to see Mike Whittaker discussing what’s wrong with the Perl jobs market. In another room Ian Norton was running a beginners’ course called Learning Perl together.

Following the morning coffee break (with lovely cupcakes courtesy of the sponsors) I saw Stevan Little explaining his plans to add a Meta-Object Protocol to the Perl core followed by Leo Lapworth’s beginners’ guide to Plack. In this slot I wanted to see Tatsuhiko Miyagawa’s training course on Deploying Perl Web Apps to the Cloud, but it was heavily oversubscribed.

For the first time this year, lunch was supplied for all the attendees, so most people trundled off to a local pub where a buffet was served. At conferences like this, the conversations that you have when you’re not watching talks are just as useful as the talks themselves, so I think it was a good idea to encourage everyone to go to the same place for lunch.

Just after 2pm things got going again. I watched Tom Hukins talking about Improving CPAN Modules followed by Mike Whittaker’s guide to Unicode in Perl 5.14. Other people have said good things to me about Mark Fowler’s Pimp Your Mac With Perl and Neil Bowers’ talk on CPAN Curation. 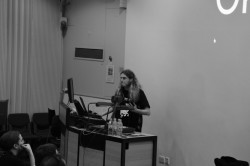 In First Tak Wrote the World, Matt Trout explained how he approached the problem of using Perl to write a replacement for Python’s Fabric. As always with Matt’s talks, it was an interesting wander through some of Perl’s more esoteric corners.

After a final coffee break, everyone was back in the main hall for the Lightning Talks. A dozen or so speakers gave a range of different short talks about various interesting topics. Stand-outs for me were Tim Bunce on how he had used MetaCPAN to identify versions of CPAN modules and David Leadbetter’s link shortener for Git commits.

And then, following organiser Mark Keating’s closing words, we all went off to a local pub for a few drinks and a buffet (once again paid for by sponsors). 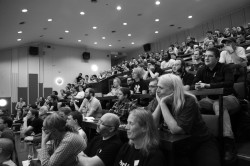 The London Perl Workshop is always a great event and this year’s was no exception. Everyone I spoke to said what an interesting and useful day it had been. Many thanks to all of the sponsors, the speakers and the organisers – in particular to Mark Keating for the work he puts in running the event every year.

Hope to see you at next year’s event.