A few weeks ago, I received the most wonderful email – an invitation to attend Pycon Sei in Florence. Who could refuse such an invitation – not me for sure!

Florence, the cradle of the Renaissance, home to some of the most classical maestros: Leonardo da Vinci, Michelangelo, Botticelli, Giotto, Masaccio. Florence where you discover the most beautiful buildings: Palazzo Vecchio, Palazzo Pitti, Ponte Vecchio, il Duomo, Santa Croce, San Miniato. At every street corner, you discover some wonderful sights – a statue, a building, a view on the Arno, a look at the street market (mainly leather goods). I could spend weeks there enjoying the views, the food and going mad at the number of tourists! Unfortunately Florence is loved by many people and sometime you feel that you are not going where you want to but you are carried somewhere. 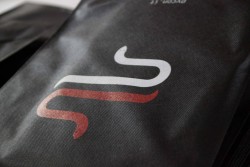 In Italy the Pycon meetings started in 2007 in the centre of Florence and continued until Pycon Quattro – I fell in love with Florence during Pycon Due when Richard Stallman gave a talk at the Palazzo Vecchio. In 2011, Florence held EuroPython – a partnership that lasted 3 years (pretty good when EuroPython had to move on to another city after 2 years). Unfortunately the hotel in the centre could not cope with 1000 delegates and the conference was moved to the Grand Hotel Mediterraneo, a few yards from the Arno and almost opposite to the Piazzale Michelangelo. 2014 saw the return of Pycon with Pycon Cinque. During that year, the Associazione Python Italia with Tinker Garage also organized Django Village. For 2015, they decided to combine the two conferences and produced Pycon Sei with a minimum of 4 tracks: Python, Django, PyData and Odoo. Two training tracks were sometimes added to the schedule. They were: Introduzione a Genropy with Giovanni Porcari; Building an Interpreter in RPython with Julian Berman; Creare la propria PaaS (Platform as a Service) con uwsgi.it with Roberto De Ioris and OOP: Object-Oriented Python partendo da zero with Leonardo Giordani. 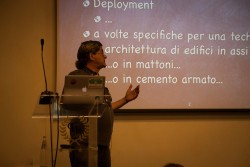 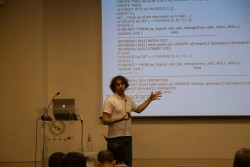 Lots of the talks were in English. My favourite speaker, Alex Martelli (Google), started the day with Modern Python patterns and idioms first in Italian and later on in English – I do not understand Italian nor Python but to see Alex’s passion is pure magic – all of his body is moving. He is the epitome of Italians, the way we like them and sometime make gentle fun of them. I must admit that his English version of the same talk is not as dramatic, at least not for the technophobe as my admiration is just about the show, the sound, the music. Other good presentations included Asynchronous Web Development with Python 3 by Anton Caceres; PostgreSQL 9.4 for Devops by Gabriele Bartolini; Odoo disaster recovery con Barman by Giulio Calacoci; Does Python stand a chance in today’s world of data science by Radim Rehurek; Packaging Django projects for PyPI by Roberto Rosario and many more.

Saturday saw a recruiting session – it was very interesting to see the different ways that companies will entice new recruits. It went from the big PR spiel to the down to earth approach: that’s the job, that’s what we want from you, that’s what you get from us. Companies hiring are: InfoCert; Zalando, Kuldat, Develer; 2ndQuadrant.

There are no techie conferences without networking and the first event was PyBeer on Friday which took place at the James Joyce Pub. This was an occasion to relax and enjoy the time together drinking, chatting and actually learning to know each other as Pythonistas. To consolidate our new friendships, on Saturday we met at the Ristorante Zazà for PyFiorentina. There you can taste the famous bistecca alla fiorentina – a T-bone steak grilled over a wood or charcoal fire, to be eaten with a glass of wonderful Italian red wine.  Just delicious!

Pycon Italy is organized by the Associazione Python Italia but I know that Develer srl spend a lot of time and resources putting the show together. You can find this lovely company between Prato and Florence. They boost of being a team of developers and design engineers who average age is just over 30 years. All Develeriani are selected through accurate tests and constantly trained to provide the most innovative technologies.