On the outside large brick wall, you are greeted with:

With freedom, books, flowers and the moon, who could not be happy?

– a famous quote from De Profundis by Oscar Wilde, written in very large letters. This sets the atmosphere to the visit.

HMP Reading opened in 1844. It was one of the first new prisons using the cruciform design – long wings of cells stretching out from a central point which allowed the guards to oversee each wing on all floors. Recently the prison housed young offenders (18 to 21 years old). Up to three offenders were kept in one cell when the crime rate spiked. The prison was shut in 2013 and has been kept empty since, costing a great amount of money for its upkeep. As a Grade II-listed building, it is not saleable.

The prison comprises 3 floors – 1st:  green, 2nd: red and 3rd:  blue. Not only is the door painted in the appropriate colour but so are the bed frames, metal tables and stools that are screwed onto the wall and floor. 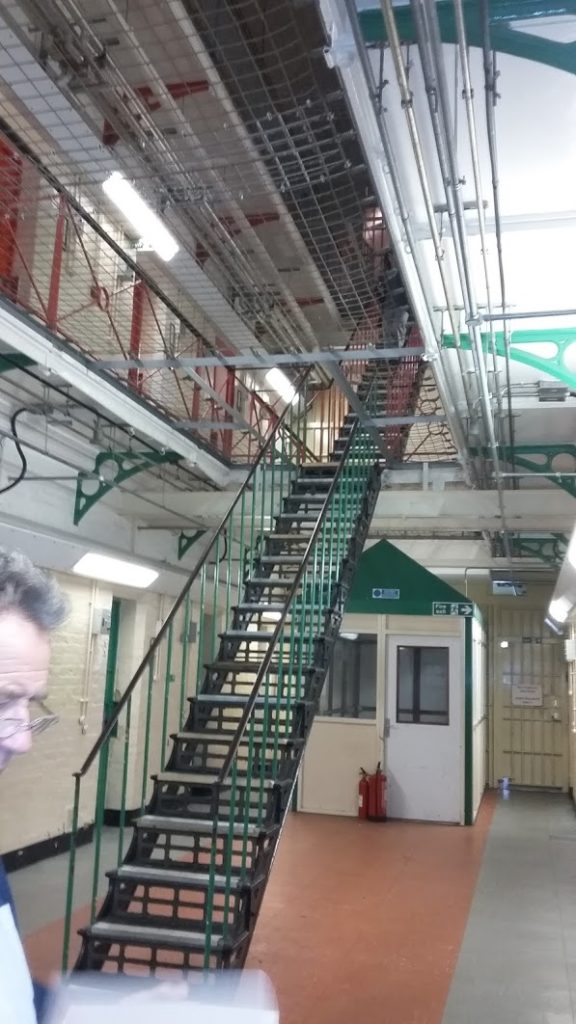 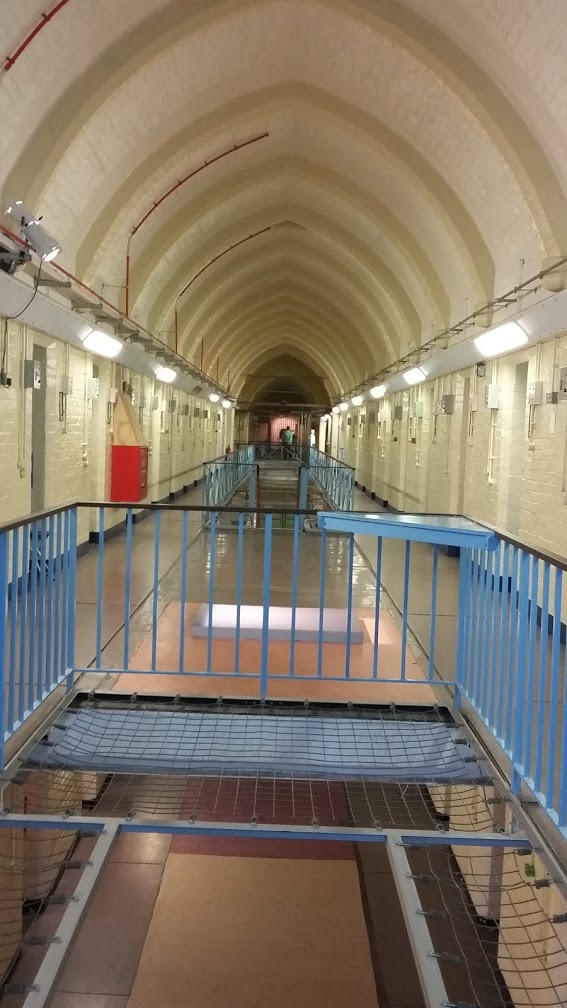 One wing on Floor 3

Oscar Wilde was housed in cell C.3.3 (which became C.2.2 when the numbering system was changed). The cell is completely empty as many more prisoners have been kept in there. During the first three months of incarceration he was allowed only three books – the bible, a prayer book and a hymn book.  After that he was allowed to choose one book a week from the prison library. Eventually, he was allowed to receive books from outside so long they were vetted. These books can be found in the neighbouring cells – a nice but rather small collection. The following quote spells out his state of mind: 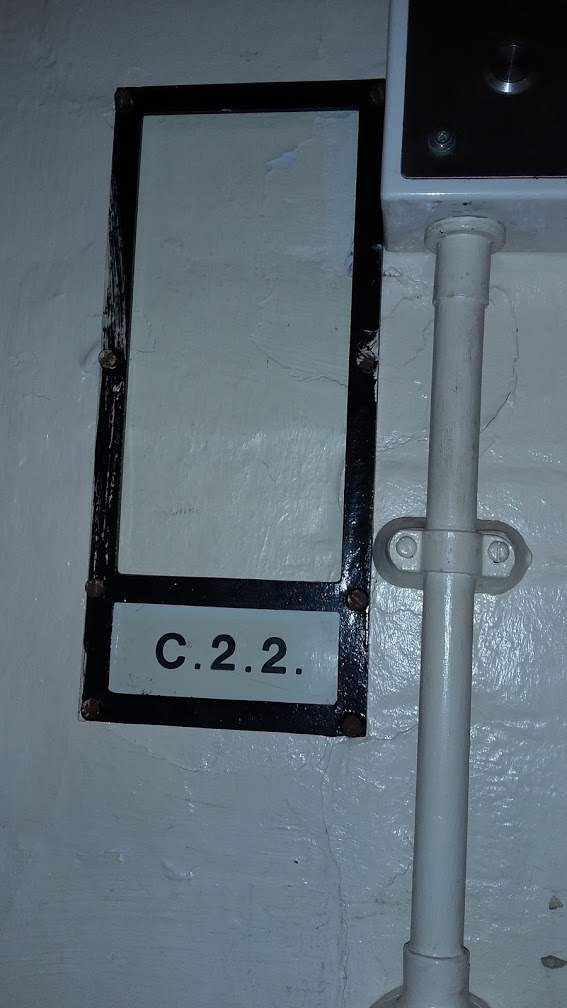 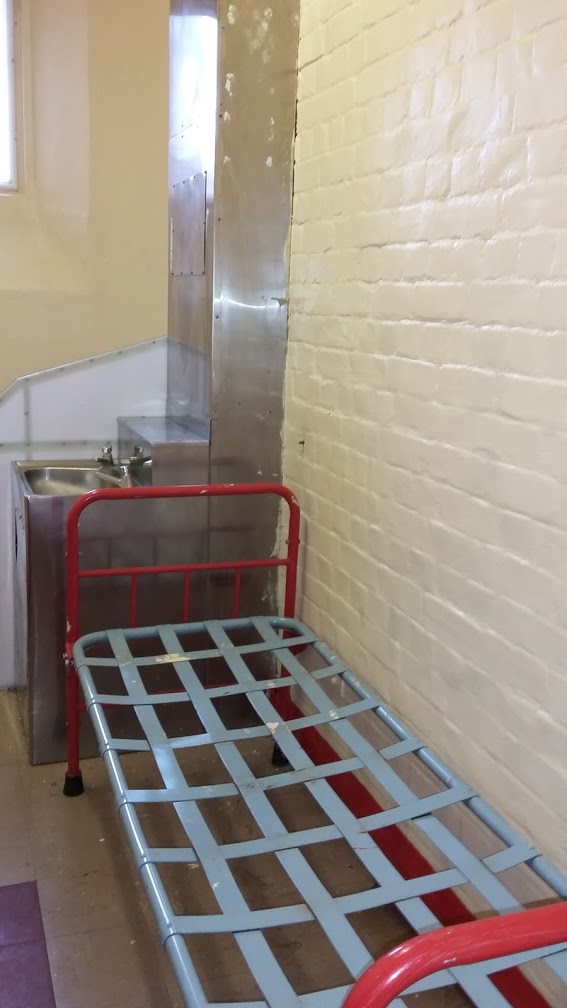 Many artists were invited to show their work for an  exhibition which takes place in cells randomly chosen on the three floors. Doris Salcedo presents “Plegaria Muda” (Silent Prayer). The tables, roughly the size of a coffin, are made of wood and compacted earth. My first feeling was doom and pain, until I saw some green grass growing through the planks – then I thought of hope.

Writing by Ai Weiwei, Tahmima Anam, Deborah Levy, Gillian Slovo, Binyavanga Wainaina. Danny Morrison (Secretary of the Bobby Sand Trust) and many more are displayed on the cell’s tables. You can either read the papers or listen to the audio.

Contemporary history is also represented with aerial drawings of the H-Block of Long Kesh by Rita Donagh and two paintings by Richard Hamilton based on the blanket protest and the first H-Block hunger strike.

It is sad that the Reading Gaol, as it was known then, was made famous by Oscar Wilde for a crime no longer considered a crime. So how many people are in jail now for actions that will be legalised in 20 years or more?